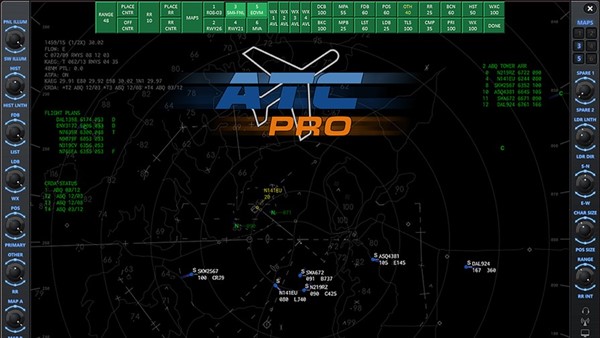 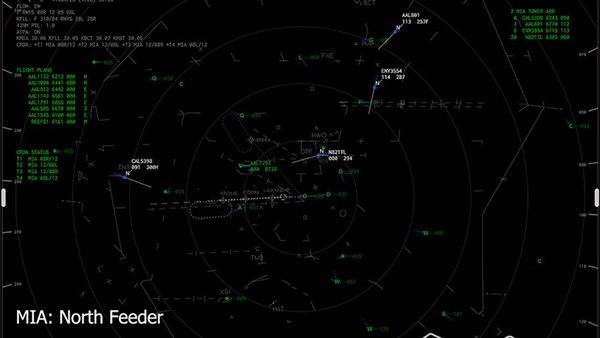 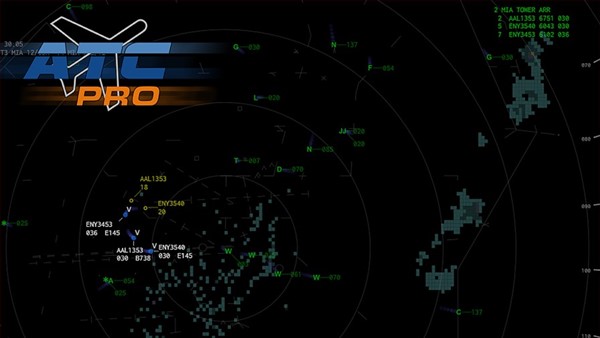 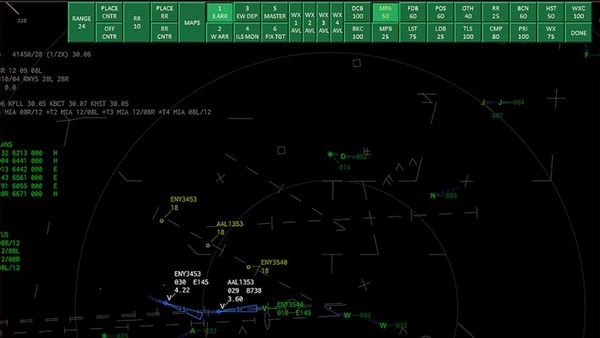 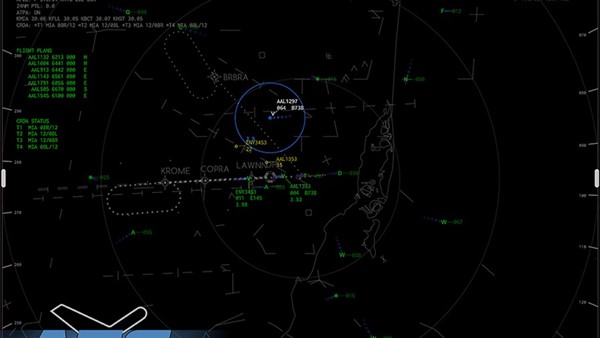 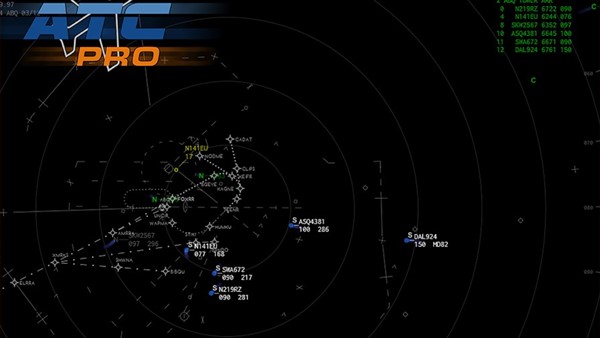 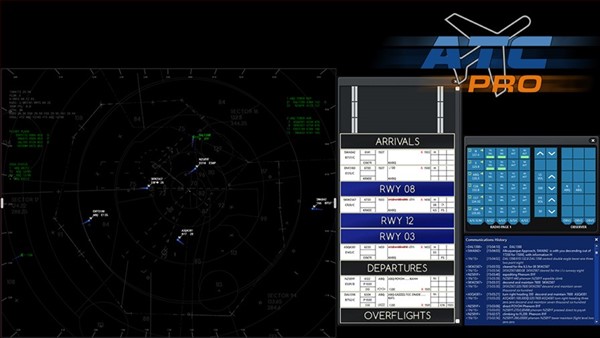 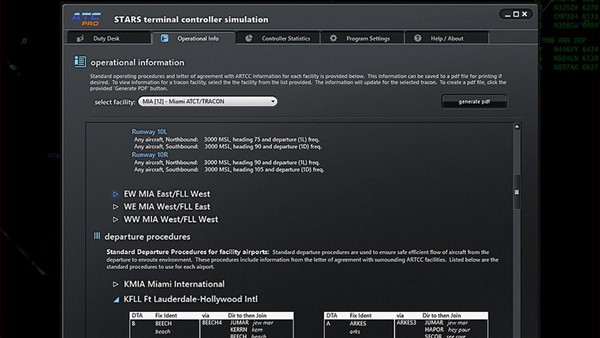 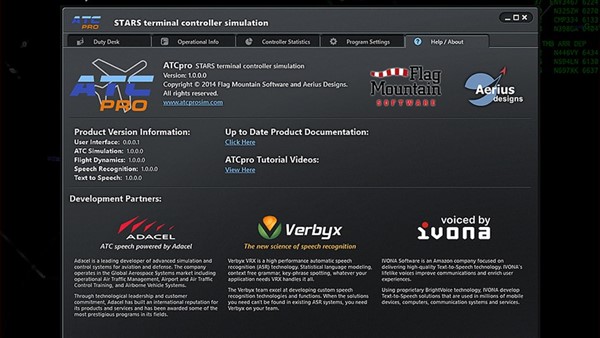 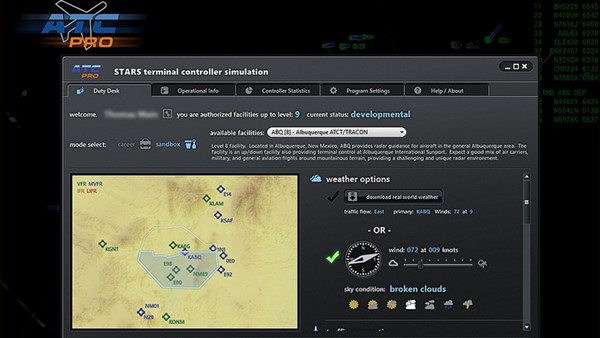 ATC Pro is a revolutionary simulator that authentically simulates the TRACON environment of air traffic control.

What is ATCPro all about?

ATCpro is a revolutionary simulation written from the ground up that sets the bar high for a level of realism never before seen in desktop computer simulations.

It authentically simulates the TRACON environment of air traffic control where aircraft are monitored on radar and guided to their destinations within 30 miles of major airports in the United States.

It has been in development for over 2 years, by Flag Mountain Software and Aerius Designs, a team of software experts, aviation professionals and enthusiasts including real Air Traffic Controllers with more than 30 years professional experience.

A revolutionary speech recognition engine is used to recognize spoken commands from the player that requires no training out of the box even with accented speech! This has never before been used in desktop simulations. Pilots and virtual controllers speak to you in a selection of natural and clear voices in proper aviation phraseology. No additional voices must be purchased or customized to make the simulation more realistic.

Virtual controllers side by side with the player

Never before in air traffic control simulations has there been virtual controllers working alongside the player in realistic control sectors, handing off aircraft to and from you. They interact with you and the virtual pilots realistically. You can even set the sim to be controlled entirely by virtual controllers and watch the action for as long as you want to learn how the pros control.

A radar display system modeled on the actual STARS systems used by professional FAA TRACON controllers. The radar display incorporates realistic video maps typically used for the facility and weather conditions from a live feed or by user configuration.

Facilities made up of realistic sectors

A variety of large and small airport facility areas from around the US are included in the initial product release, with each one made up of realistic sectors with the actual control boundaries, frequencies and video maps used by real controllers. Some areas such as Atlanta have 17 sectors that can be controlled individually or together! In the initial product release six facilities will be included: Albuquerque, Atlanta, Miami, Seattle, Kansas City and Knoxville. Many future facilities are planned.

The commercial aircraft in the sim are generated from current real world airline schedules. Corporate, general aviation and military traffic are created randomly at adjustable levels. All aircraft behave realistically according to real performance and characteristics of aircraft type.

Weather can be downloaded or customized and is displayed realistically on the scope.

All arrival, departure and approach procedures are accurately simulated for each facility and have associated video maps that can be turned on or off.

Reference manuals and quick reference sheets for all aspects of the sim to get the player up to speed with how the sim works.

Online walk-throughs and controlling tips provided for each facility to help players learn the basics of how to use the simulation. Note: ATCpro is for entertainment only and not intended to be used for training in any way.

ATCpro is stand-alone product that does not depend on any other simulation.

For support on this product, please go to https://www.atcprosim.com/support