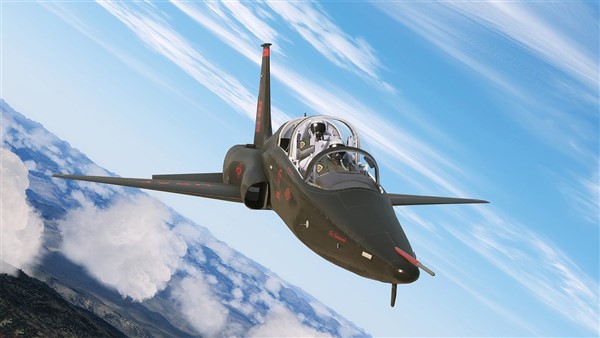 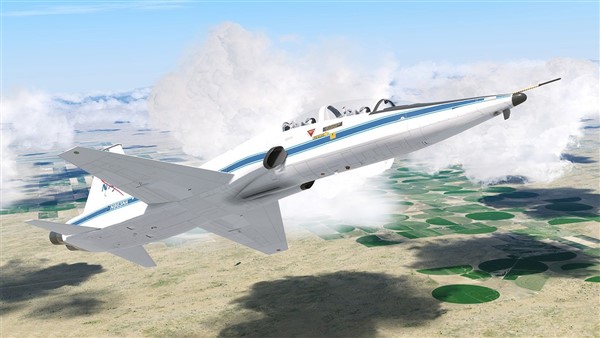 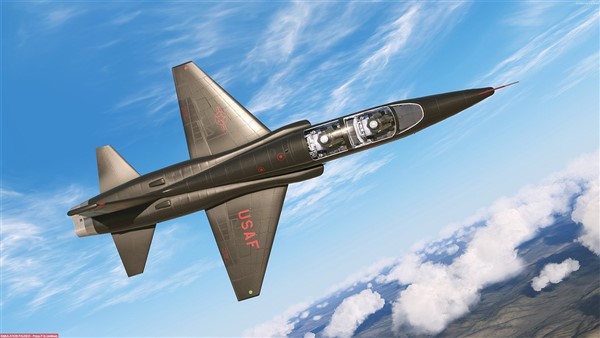 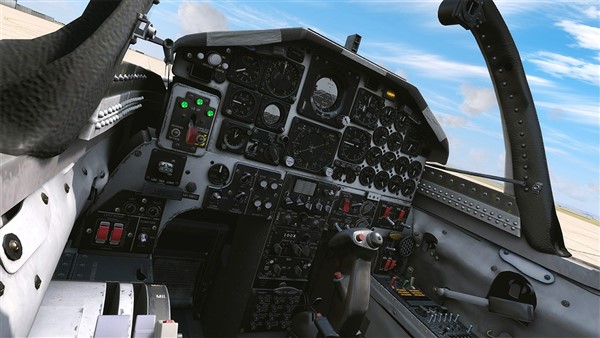 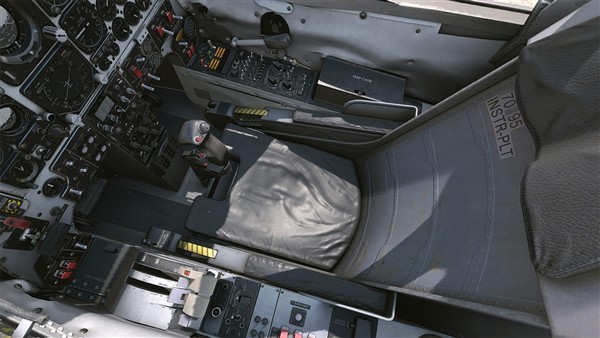 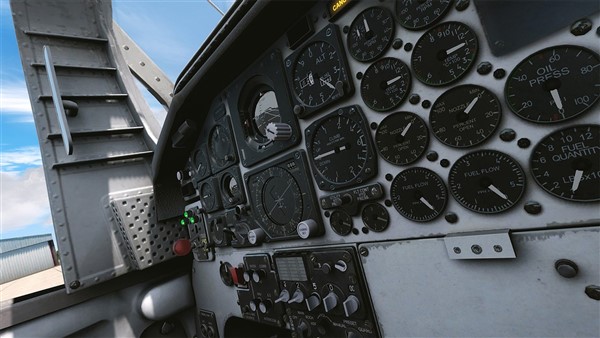 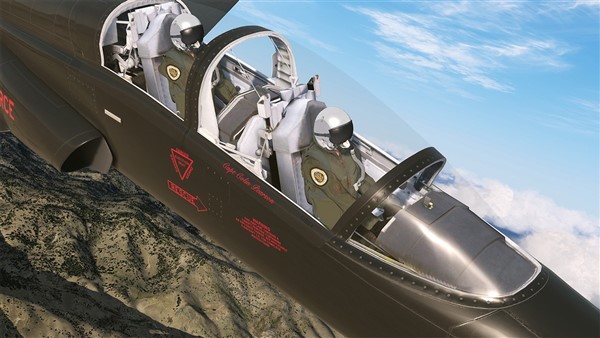 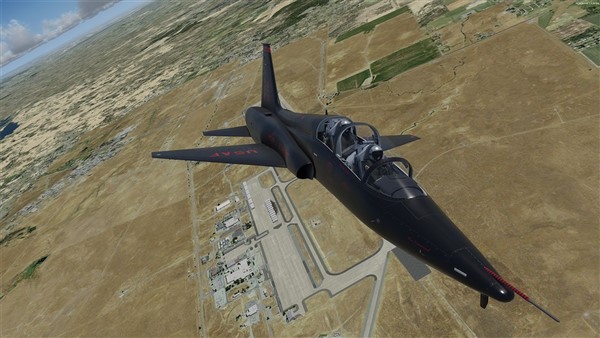 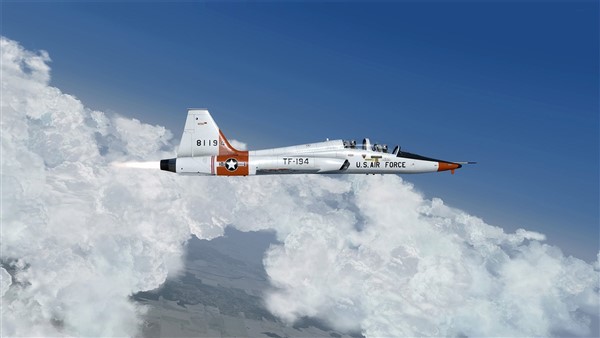 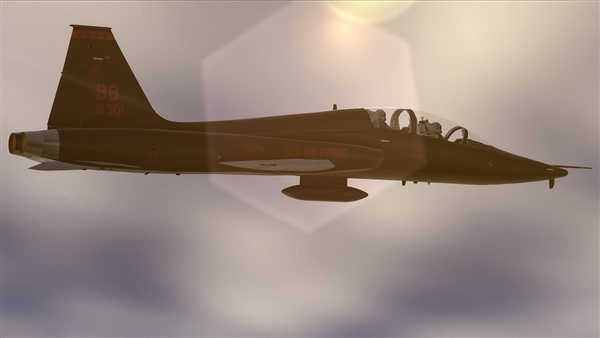 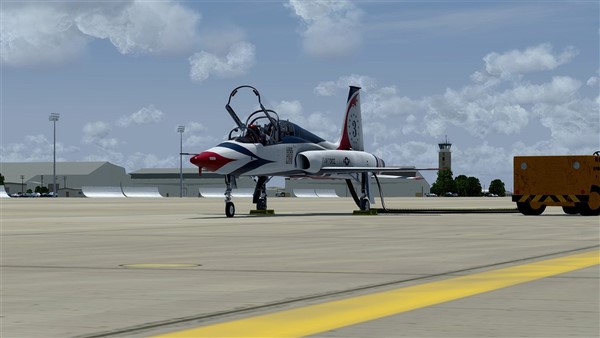 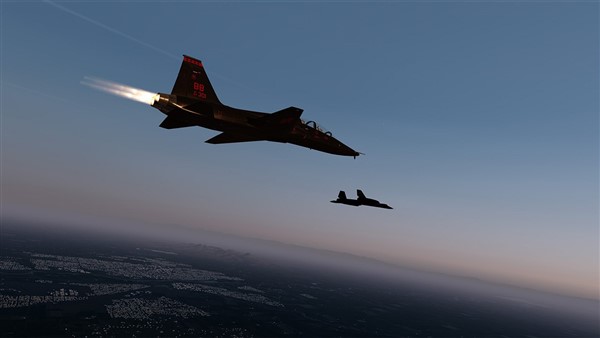 Ground up re-working of our steam-gauge supersonic trainer


Building on our experience perfecting the T-38C for the exacting needs of the Air Education and Training Command, we proudly present our PBR enhanced Advanced Series: T-38A Redux.

Models, flight dynamics, textures and sounds have all been updated, reworked or replaced to bring you a completely fresh take on this supersonic steam-gauge classic.


Our original rendition of the historic and beloved T-38A is, in our opinion, a standout release for our simulation platforms. Very well received, with the stamp of approval from two real world T-38 pilots, we had spared no effort in attempting to create a near perfect rendition of the real aircraft. Hundreds of hours of testing and tuning a flight model created by a respected expert, faithful recreation of both the exterior and interior models, realistic texturing, along with a quality high definition sound set rounded out what we feel is one of our best products.

Our T-38A is about to steal your heart (or at least get it racing) all over again.


We are very proud to announce our advanced version of the T-38A, significantly raising the bar on what's possible in your simulator. This release represents one of the most accurate and detailed simulations of a military aircraft to exist within the MS Flight Simulator / P3D environment. The real life T-38A has played a key role in the training of decades of military aviators we believe that our new T-38A will bring an in-depth yet enjoyable training experience to your desktop.

Designed by an aerospace engineer with extensive experience in the simulation world and collaboration in other famed titles, the new Advanced Series T-38A features a 100% custom physics and flight dynamics engine (FDE). Aside from bringing in a new level of accuracy in terms of flight dynamics modeling, it lacks the traditional and well-known MSFS / P3D FDE limitations.


The aerodynamic model for our T-38 is based on Northrop and NASA data. It includes wind tunnel and flight test data, in addition to other technical sources. The final flight model has been corrected and validated by a real T-38 instructor pilot. The engine dynamics and performance characteristics of the twin J-85 engines are accurately represented, as well as custom ground dynamics and structural modeling being included.


As result of the accurately modeled physics, our T-38A matches the figures available for the real aircraft in terms of flight envelope, fuel consumption (range/endurance) and energy manoeuvre diagrams.

The flight control system for our T-38A is also custom created to match the real aircraft beyond what was previously capable. It includes a Flap-Slab' System (flap-horizontal tail interconnect), a simulated control stick bob weight, realistic Flight Control System limitations depending on aircraft configuration, realistic control surface response curves, and modeling of the hydraulic and electric control surface actuators.

A completely custom and very in-depth failure system has been created for the T-38A. The failures model affects a wide ranging array of systems, including the airframe, engines, landing gear, hydraulics, flight controls, and the flight control system. Forced or random failures are possible, with random failure probabilities adjustable to realistic values based on actual T-38 fleet maintenance data.


Damage is also possible due to exceeding real aircraft operating limitations. Icing is another source of possible damage, with possible engine damage occurring from flight into known icing conditions without anti-ice systems active, causing ice accrued on the engine intakes detaching and being ingested by the compressor. Ice may also accrue on the airframe, causing a degradation of handling qualities and performance. Last but not least, possible bird strikes may occur based on real data for military aircraft, with damage severity and systems affected based on a probabilistic system.

Advanced though it may be, with all of its in-depth features and custom systems, it's worth remembering our T-38A is still a simulation of a very well regarded training aircraft. The key qualities that have made the real T-38 such an important part of military training since 1961 are well represented in our model. It's not an overly complex, nor a difficult airplane to fly, yet it rewards a steady and disciplined focus by its pilot.


Unlike a study simulation of a combat aircraft, there is nothing beyond flight in the T-38A to manage. No radar, no HUD, no weapons systems. Once this jet is learned, being fast, light and nimble, it lets you focus simply on flying. And as every real world T-38 pilot will attest to, the art of flying in a T-38 is truly an enjoyable experience.

Our MVAMS utility runs outside the simulator providing the means to incrementally update individual products to quickly address issues and make fixes when required, without having to have our customers download and reinstall new versions of the aircraft. This allows our customers to quickly discover and install any pending updates for their aircraft, ensuring that they are completely up-to-date with our latest fixes, changes, or technology.


This release is based on our original, legacy version of the T-38A (FSX & P3D), which is still supported and remains available for purchase.


Processor:
Intel i5 or AMD equivalent 2.6 Ghz or higher


Use or installation of the products(s) referenced on this page in any other platform than that intended or shown above is not supported and may result in errors or a non-functioning product.


Important:
All MilViz products require a functioning gaming controller such as a joystick for proper operation.

An internet connection is required for product activation