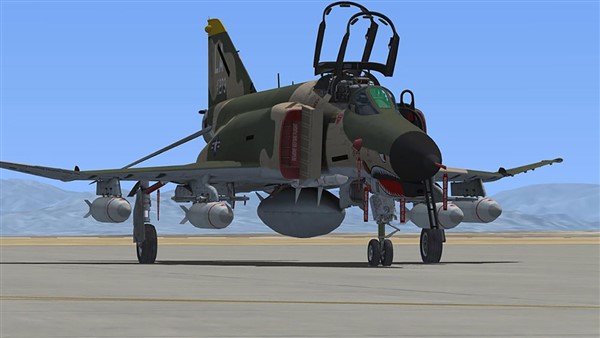 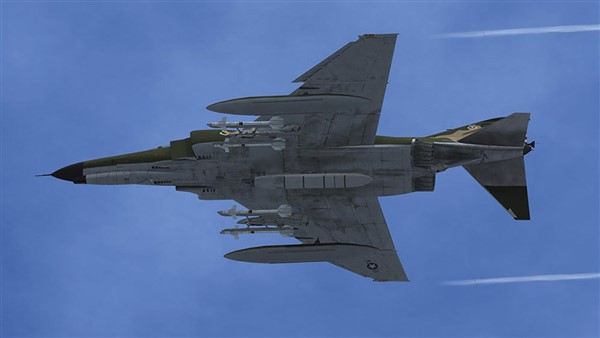 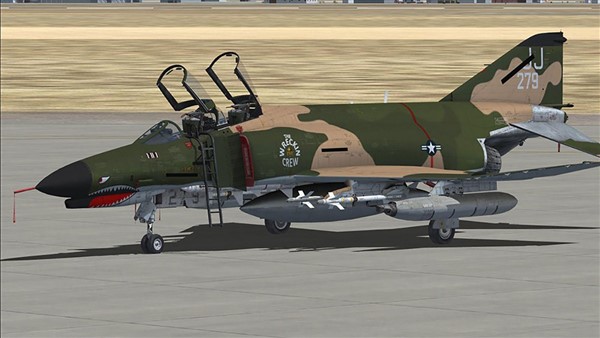 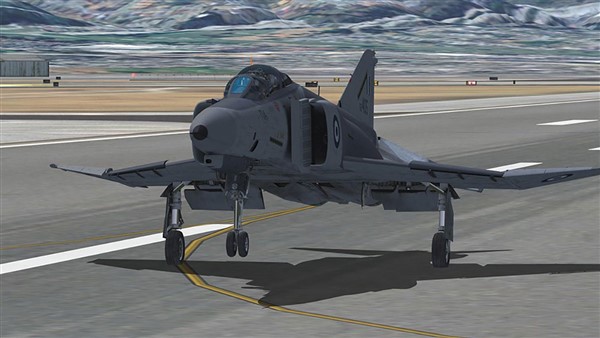 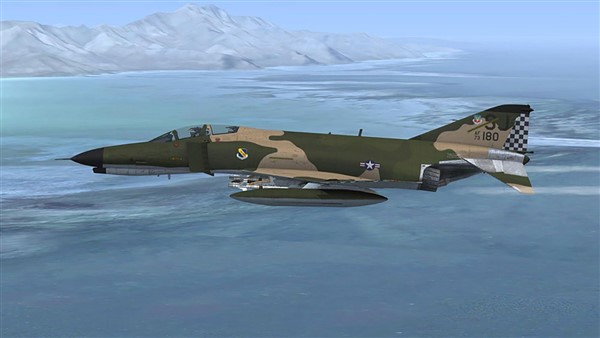 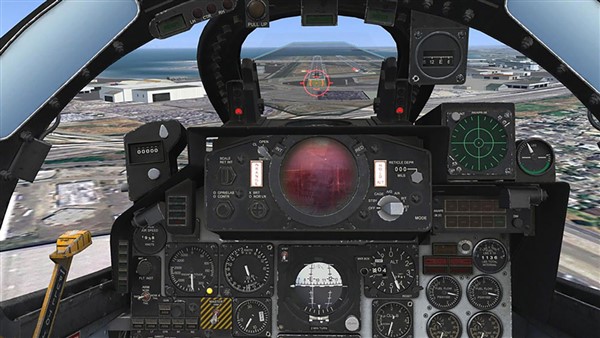 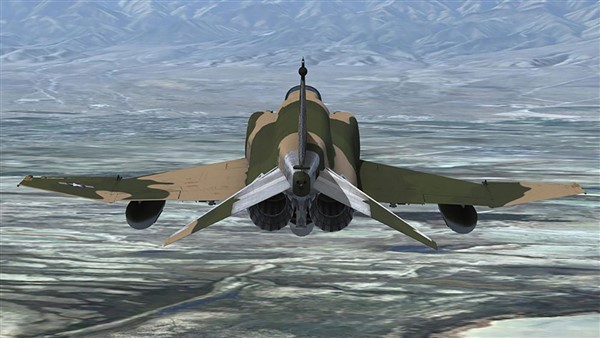 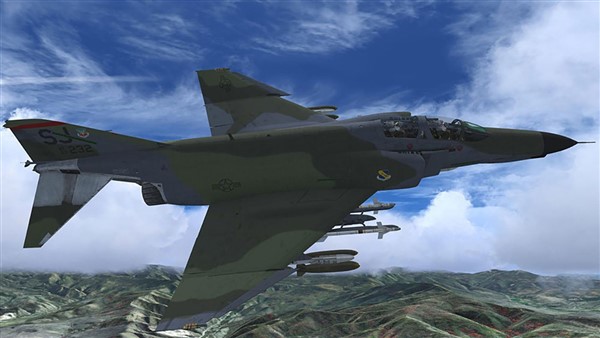 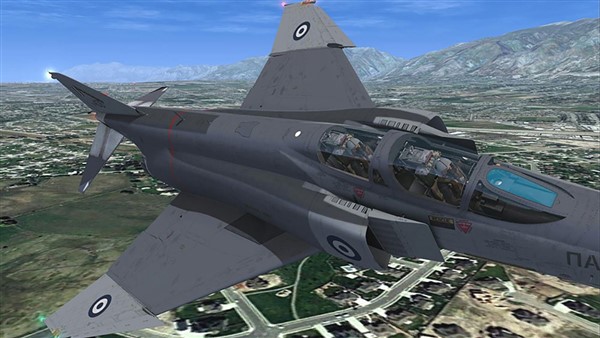 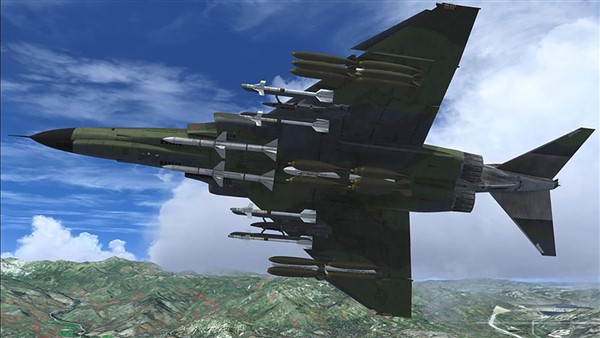 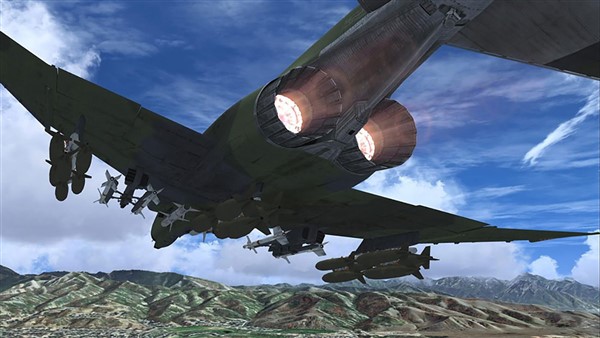 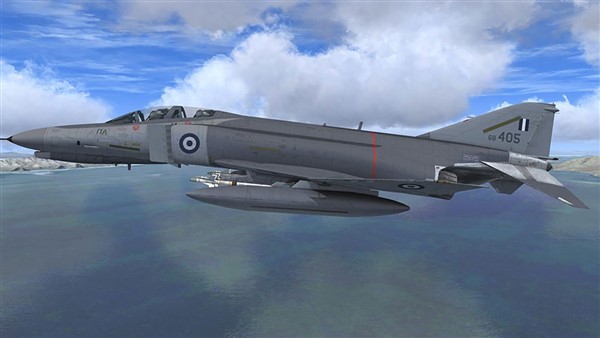 Featuring some of the most advanced systems in the FSX/P3D world, this release features a combination of our ADV technology and TacPack

Our Advanced Series version of our award winning MilViz F-4E Phantom II raises the bar once again for simulation fidelity.


Product includes TacPack capability, and introduces study level functionality and flight modeling to one of the best aircraft we offer.
For FSX:A, FSX:SE, Prepar3D v2/v3/v4

The F-4 Phantom II is truly an iconic aircraft, not only for it\'s strikingly unique and aggressive appearance, but also for it\'s wide ranging service history and record breaking performance. Typical of jet aircraft of that era, the F-4 was never a simple aircraft to fly. It required complete mastery careful discipline and a focus on attentive control. Only then could a pilot push his F-4 to the limit, reaching the full capability of what this amazing machine was capable of.


Our 2015 release of the F-4E Phantom II was well-received and indeed, award winning, but we weren\'t content to settle. The capabilities of Microsoft Flight Simulator (and by extension, Lockheed Martin\'s Prepar3d) allow for a plausible simulation of the flight regime of most aircraft, especially when in the hands of a skilled developer. However, there are still plenty of limitations present that prevent a true study-level simulation.


To that end, we\'ve developed our Advanced Series F-4E to overcome current limitations present in simulator-based flight dynamics and systems simulation to provide a more authentic representation of the actual aircraft.

The Advanced Series F-4E module includes an external physics engine that is independent of the simulator. This allows the representation of highly accurate aircraft characteristics without the traditional limitations imposed by the default simulator physics engine.

Stability and control derivatives are based of available wind tunnel and flight test data, translating into realistic aircraft behaviour in all possible flight conditions. A highly accurate, dynamically computed drag model exists for all aircraft configurations, including pylons, racks and stores.


Along with realistic slats aerodynamics, extremely accurate modeling of the J79-GE-17 engines and dynamic inertial modeling, the F-4E ADV model accurately matches the performance figures of the real jet in nearly every aspect across all possible aircraft configurations.


We\'re really not kidding when say the F-4E ADV module has some of the most advanced systems ever simulated in the FSX/P3D world.

The F-4E ADV module allows a comprehensive system of aircraft failures, all able to be individually configured to suit any desired level of difficulty. Set to provide a fully realistic simulation experience, the failure capabilities will include not only realistic systems operation, but extend to cover the possibility of having a system failure with probabilities based on true failure rates.

Although we are proud of what has been accomplished with the F-4E ADV in terms of systems depth and flight modeling, we completely understand that on occasion you might not want all of that responsibility. After all, even students need a break now and then!


To that end, the realism of the included systems along with their associated limitations can be scaled from a 100\% realistic experience with full system management under pilot control, all the way over to a easy / fail-free mode.

With maximum realism set and systems management under pilot control, there\'s no way around it: the Advanced Series F-4E is a very complex aircraft. Given all of this complexity, an ""Instructor Mode"" has been included. It can be selected to assist at any phase of flight operations, from engines start, to engines shut-down.


In this mode, everything from configuration changes and mis-operation warnings, right down to flying hints will be displayed just as if you had a real F-4 instructor sitting in your rear seat. Highly recommended during the familiarization period, this mode will help ease the learning curve typically associated with complex jets.

"" There is no doubt about it, these are a hell of an add-on.""
- excerpt from the review at Mutley\'s Hangar, where we are very proud to say the F-4E scored a 9.7/10 and received a Mutley\'s Hangar Gold Award!


Use of this product in any other version of Windows is not supported at this time.


Processor:
Intel i5 or AMD equivalent 2.6 Ghz or higher


Use or installation of the products(s) referenced on this page in any other platform than that intended or shown above is not supported and may result in errors or a non-functioning product.


Important:
All MilViz products require a functioning gaming controller such as a joystick for proper operation.

A huge variety of liveries for your enjoyment

High quality HD paint kit to create your own liveries

Sierra Hotel: Flying Airforce Fighters In The Decade After Vietnam