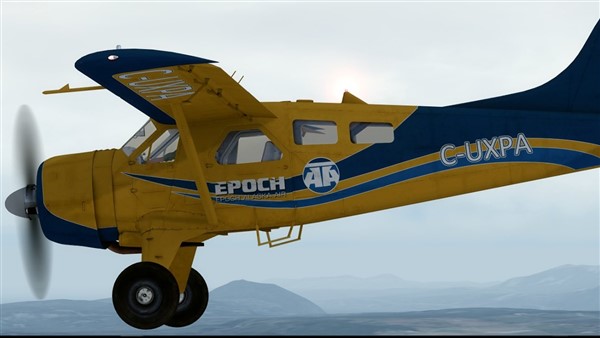 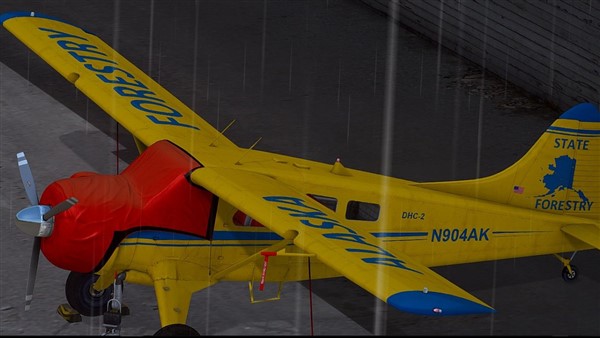 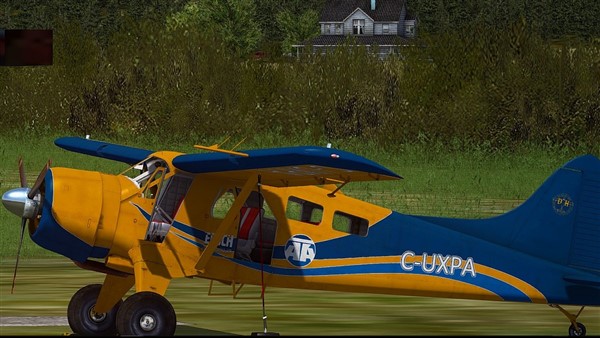 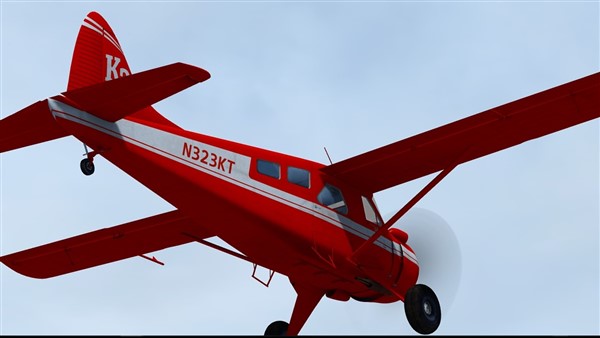 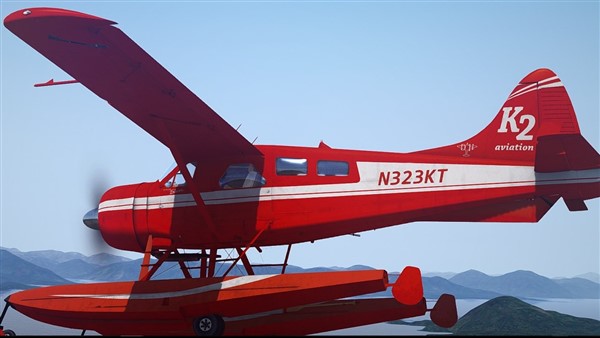 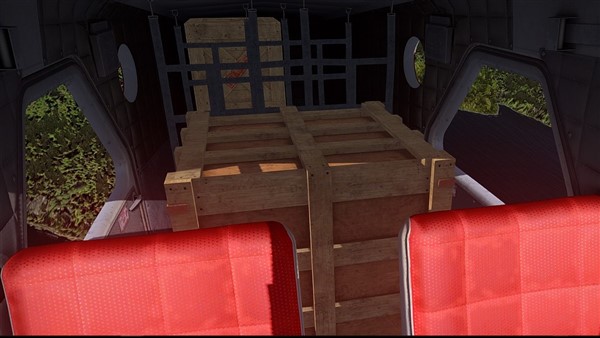 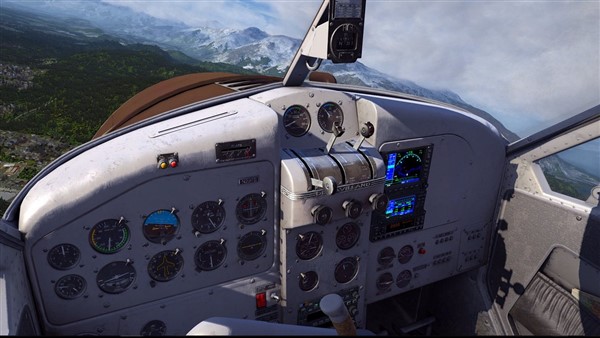 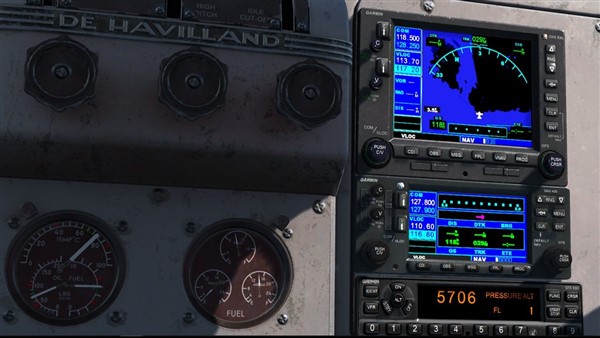 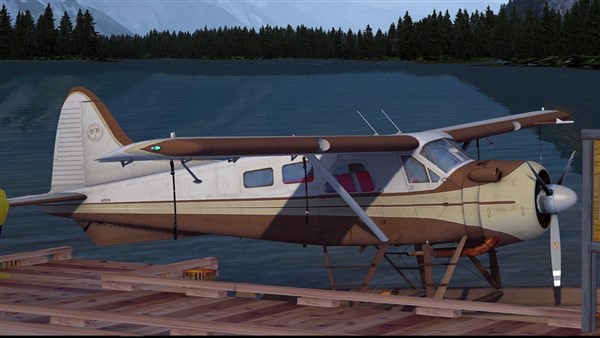 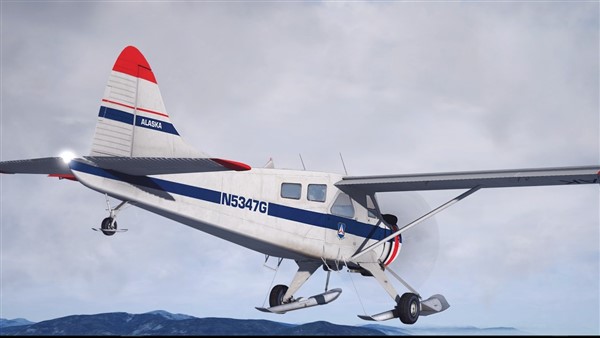 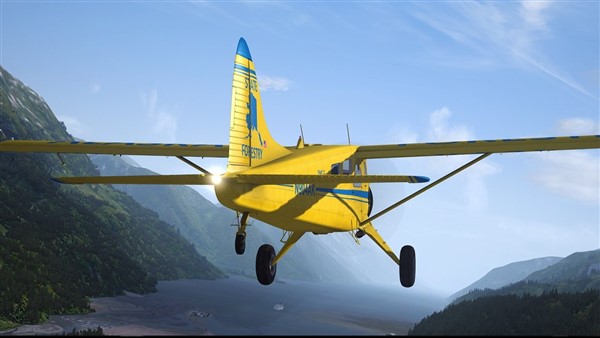 Go anywhere. Created out of a passion for legendary aircraft.

In the twenty year time span between the Beaver\'s maiden flight in August 1947 and the end of production in 1967, a total of 1657 DHC-2 Beavers were manufactured. These well-engineered, sturdy aircraft, designed to handle everything that could be thrown at them, soon found themselves spread out across the globe. From frigid Arctic and Antarctic extremes, hot jungles, lush tropics, sandy deserts, there is very little of this planet that the iconic Beaver hasn\'t laid wheels, floats or skis on.

Honoured as one of the top ten Canadian engineering achievements of the 20th century, the Beaver still takes to the skies in large numbers to this day. It continues to largely fill the same role that it was originally designed for, hauling people and equipment to the furthest and most remote spots on the planet.

Our simulation of the famed Beaver is designed to deliver everything that you could ask for from such an aircraft. From replicating the sound of the nine cylinder R-985 Wasp Junior radial engine, to emulating all the routines and tricks of flying an aerial workhorse, to tuning a realistic flight model based on real world experience, we\'ve created an aircraft that absolutely begs to be flown.

Unparalleled Versatility
Not only can you take your Beaver wherever you might want to fly, now you can also configure it for the role you\'d like it to have as well. We\'ve included four separate configurations for landing gear: Standard wheels, amphibious floats, skis, tundra tires each model complete with a tuned flight model that accurately reflects differences in performance.

In addition, we\'ve also included two distinct fuselage models with individual roles the original stock fuselage with the small round rear-most windows is outfitted for carrying cargo, while a cabin modified with large rear windows is nicely appointed for carrying passengers. The load-out on both versions is selectable from within the simulator, with the cargo even shown (or hidden) inside the cabin.

Our DHC-2 steps far beyond standard simulator functionality to deliver a complete, thoroughly immersive experience. The various subsystems are not only extensively emulated, but they also interact with each other. Starting the engine requires fuel pressure to be built up in the lines, as well as proper priming, in addition to taking into account battery voltage and engine temperature. Flooding conditions are able to occur, requiring the pilot to follow the instructions in the provided flight manual to clear. The electrical system is closely simulated, with both the ammeter and the voltmeter responding to inputs and load, as well as operable circuit breakers present for key systems.

The dangerous effects of icing is also simulated, with serious consequences for disregarding potentially dangerous flight conditions. Ice accumulation can be hazardous and lead to airspeed loss and a stall freezing rain can disrupt static instruments and cause incorrect readings. Of course, that\'s if you remembered to remove the pitot tube cover to start with!

More recent updates have expanded the functionality even further: Landing on water with the wheels lowered on the amphibious floats will have catastrophic consequences. You\'ve been warned!

Our DHC-2 features the quality workmanship that we\'re known for. High resolution, professional textures with extremely detailed 3D modelling brings to life both the inside and the outside of the aircraft. All gauges, switches and controls are smoothly animated and usable, to the extent that we\'ve even included a functioning throw-over ability on the yoke. Also included is a hefty amount of eye-candy, such as chocks, tie-downs, cold cover and control locks.

New!Further details have been added in the latest update: A winter muffler is now selectable, as well as the ability to switch between pointed and rounded propeller spinners.

A recent update to the DHC-2, showing our commitment to the steady improvement of our products, has added a very accurate simulation of the venerable KAP 140 autopilot. Faithful to the original, from the font used to the replication of servo drives on the trim wheels and the yoke. The logic used in the KAP 140 has been carefully replicated to deliver one of the most realistic autopilot simulations available. A separate manual for the autopilot has been included.

Whether you prefer your bush flying to be by the seat of your pants or fully informed, we\'ve allowed for an extremely wide variety of options for avionics and third party GPS units. With this package, an extensive amount of compatibility for popular third party gauges and avionics is available. Built-in configuration support from within our MVAMS application is included for the following:

Please note that compatibility for the above 3rd party gauges (such as from Flight1, RealityXP, Mindstar) includes support for installation and setup of our product only use of any of the offered options requires a functional existing installation of the appropriate gauge.

The MilViz DHC-2 Beaver package also includes a copy of the innovative MilViz / REX WX Advantage weather radar. The presence of this weather radar unit in the panel is completely optional - you can fly with or without it! (Please note: The included WX Advantage will only function in the DHC-2.)

"It is my pleasure to recommend the coveted Avsim Gold Star be awarded to the MilViz design team for their creative approach and delivery of this finest of all bush planes." - excerpt from the review at Avsim, where we are very proud to say the MilViz DHC-2 Beaver received a Avsim Gold Star!

Important: Please note that all of the current default analog and digital avionic equipment installed in our general aviation aircraft and helicopters is based on underlying simulator code and as such, is subject to various deficiencies which are not able to be addressed by our team. This includes the GNS 530 / 430 units, audio panel, transponder, ADF unit, and nav/com radios. Due to the inherent limitations present in the simulator, we are therefore unable to provide fixes or support for any issues related to the operation or functionality of these items at this time.