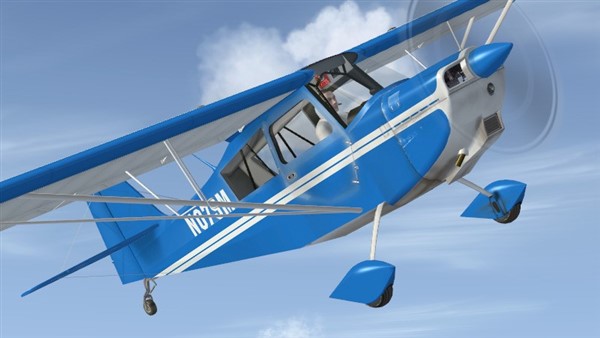 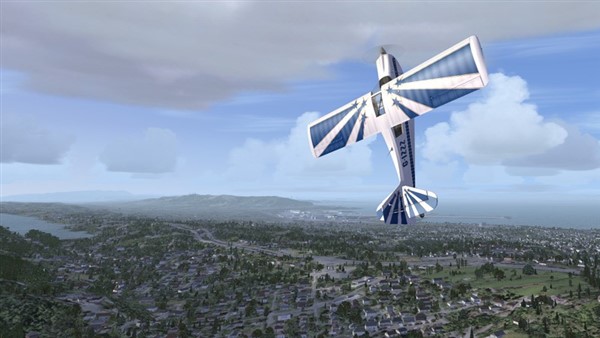 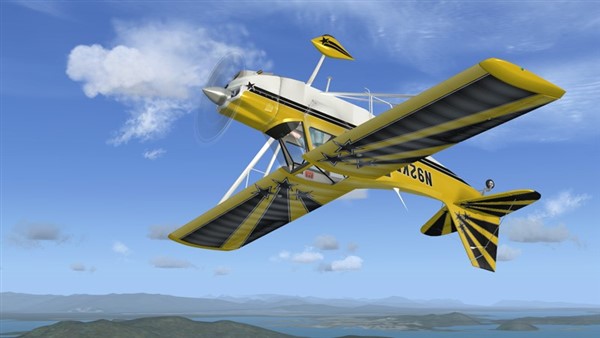 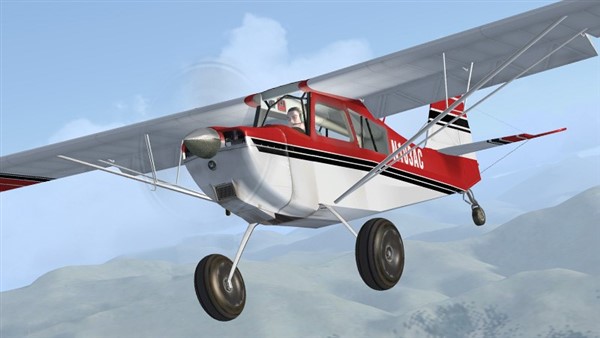 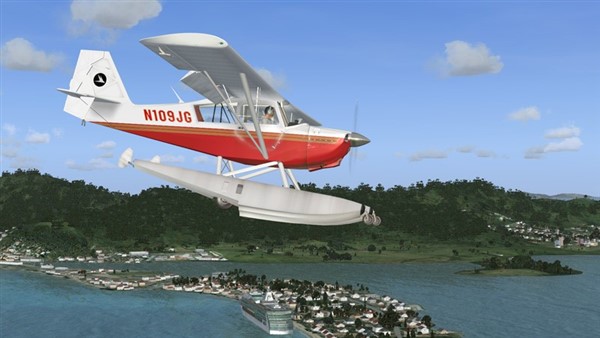 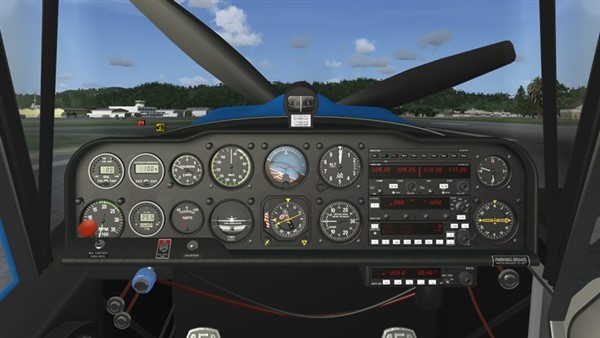 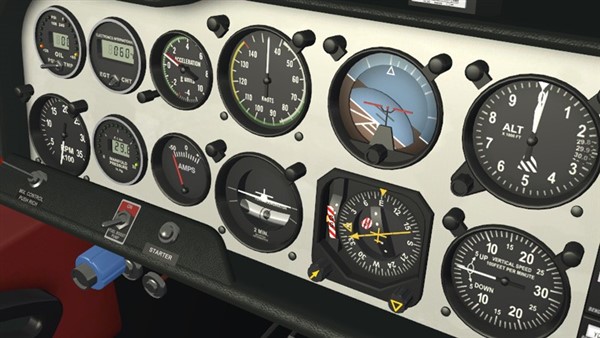 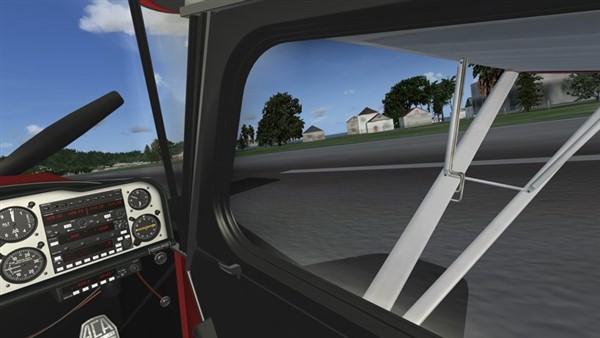 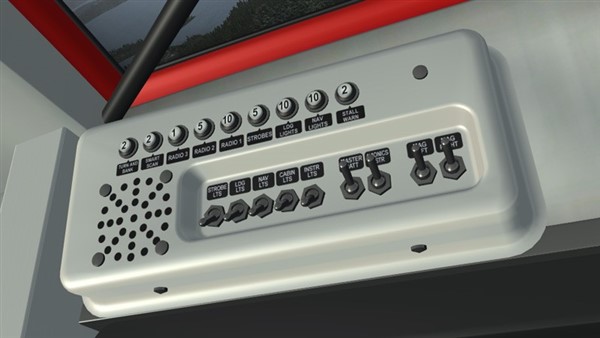 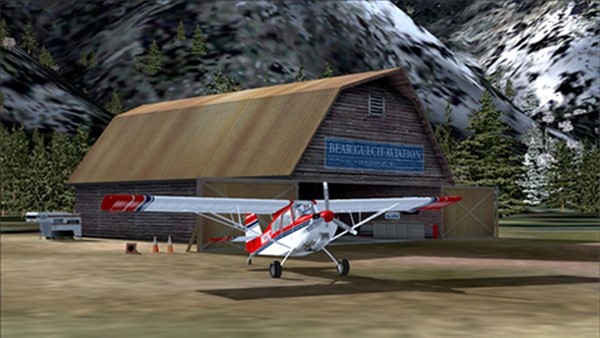 Five aircraft variants: Included in this package are three aircraft - the Citabria, Decathlon, and Scout.

The American Champion Company's aircraft are based on a design that has been in production since the 1940s. Very much the original rugged 'back-country' aircraft, the modern types are as likely to be used for basic training, taildragger conversions or aerobatics. There are even amphibious versions!

Developed by RealAir, each aircraft has been designed to fly just like the real thing, with flight models that take you right to the stall buffet or give you the ability to accurately spin and sideslip.

Incorporating no less than five different aircraft (each with a different flight model) and a total of over 40 aircraft/livery combinations, together with some lovely scenery in which to practice your water or short field landings, this is a package that will offer endless hours of fun and satisfaction.

Developed From The Ground Up For FSX

The very latest FSX editions of these acclaimed aircraft include Virtual Cockpits with 'Smooth Gauge Technology' and advanced day and night back lighting. You can even easily configure the layout of the cockpit to your own preferences.

Virtual Cockpit: The aircraft in this package feature silky smooth 3D virtual cockpit gauges - this makes the gauges visually clearer and smoother in movement than even the best FSX 2D gauges. Almost all gauges and levers are controllable with the mouse. All 28 liveries included in this package have their own individually textured VCs and for the first time there are three cockpit trim colour schemes.

Configurable VC panels: For the first time in an FSX aircraft package, each aircraft's VC panel can have its instrument layout altered to suit the user's preference. This is done simply and easily using the Config Panel included in this package.Sounds: The aircraft in this package include high-quality custom stereo sounds delivering a dynamic acoustic experience. In addition to vibrant engine, startup and shutdown sounds there are other sound effects including stall buffet, dynamic wind noise and canopy sounds.

Config Panel: A stand-alone application for setting various RealAir Citabria, Decathlon and Scout preferences, for example you can also use the Config Panel to set whether you want the aircraft in this package to load 'ready for take off' (engine running, all switches on), or 'cold and dark' (engine off and all switches turned off). Flight Modeling: all the usual RealAir capabilities are featured in these flight models including spinning and side slipping, realistic aerobatics capablity plus stable cruising for touring or IFR flight. The flight models in this package have been refined over previous releases, and each aircraft type has distinctly different flying characteristics.

Stall Buffet Effect: A feature that simulates the buffet experienced by a pilot during a stall. It works by causing the cockpit to visually shudder when a stall is reached. You can set the strength (or turn off) this feature using the Config Panel.

Documents: Included is a a detailed 'Flying Guide' that includes flying and setup help, and three 'Pilot's Handbooks' featuring operating procedures for each aircraft type.

With all these great aircraft to fly, it would be a shame to not give them and your own flying skills a test somewhere new. That's why we've included the spectacular Bear Gulch Scenery.

Bear Gulch Aviation is a private bush strip and ranch located at the western end of Lake Cushman, in the mountains forty nautical miles east of Seattle in Washington, USA.

Surrounded by towering mountain ranges this scenery includes a short grass strip, a rustic, atmospheric hangar for storing your new Scout, a grand homestead and a private jetty for mooring your Scout amphibian. The terrain surrounding Bear Gulch Aviation is some of the most spectacular available in FSX and is ideal for flying the Scout. Landing on the strip at Bear Gulch is always a challenge as the approach at either end is surrounded by steep mountains, tall trees or power lines.T

his American Champion Aircraft package includes an updated version of Bear Gulch designed specifically for FSX. New to this version is a fearsome, bumpy landing strip flanked by towering trees on all sides. Getting into and out of this strip is quite a challenge, especially in a taildragger!